Each week Ruth Ayres extends an invitation to share and celebrate events, big or small, from our week.

But this year was different.  My school held a door decorating contest, and I saw Chrstmas through the eyes of middle schoolers.

They were democratic as they nominated and voted on an idea.  They were creative as they worked out a plan to accomplish the task. They worked as a team and delegated jobs.

But most of all, they had fun.  They sneaked around to see what other classes were doing, and created rumors that classes would be eliminated because teachers helped them (it was to be student-led). They talked smack and strutted around bragging and believing they would be declared the winner.  Just as middle schoolers do.

Unfortunately, none of these doors are mine, but I celebrate a great ending to our last week before break. 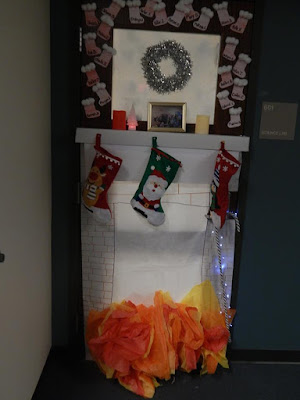 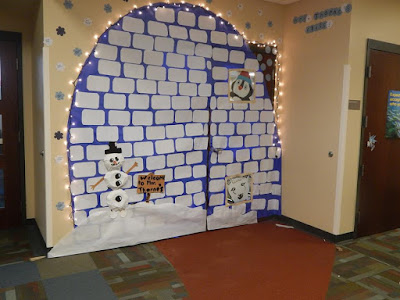 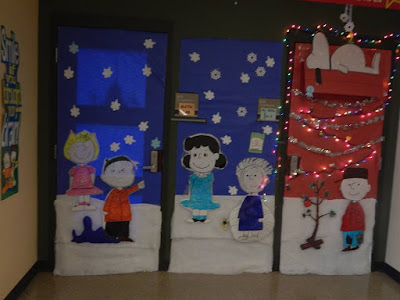