And I bought a dress.

For most women, buying a dress probably isn't that big of a deal. For me, it's huge. It has been years since I have bought a dress or even worn one. This moment was an act of bravery.

At the beginning of June, I named this summer "the summer of me". I have worked hard on taking care of myself, eating better, and most importantly, moving. I began walking. Slowly at first and not very far. It was difficult because I had gained pandemic pounds, and I was utterly and completely out of shape.

It wasn't long until I began to see a difference. I was walking farther, faster, and for longer periods of time. Over the past nine weeks, I  have become stronger both physically and mentally, and I have lost some weight. I am not where I want to be, but I feel good.

Back to the dress.

As I was shopping, I rummaged through the racks of new dresses but couldn't find what I was looking for. Being short and carrying extra pounds, I always think I look "frumpy" in dresses.

We were at the last store of the day, and I had almost given up hope. And then I found another rack of new dresses. I pulled one out, held it up to me, and thought, "Well, it's not down to my ankles, and it's not above my knees. It's black, so I know just the shoes I could wear with it."

After several minutes of walking to and from the rack and telling myself how awful I would look in this dress, I convinced myself to try it on. The dressing room was small, and it was hard to see myself in the mirror. I opened the door and went to took in a larger mirror. I stepped up on my toes and turned to look at the back. "My butt doesn't look too big." Twirling around again, I thought, "This just might work."

I walked to the entrance of the dressing rooms. A few aisles over, I saw my daughter. "Hey, Meg." I put my arms out, turned around for her to see, and raised my shoulders in that "what-do-you-think" pose. She smiled and gave me a thumbs up. I was giddy with excitement.

Yes, I bought a dress! 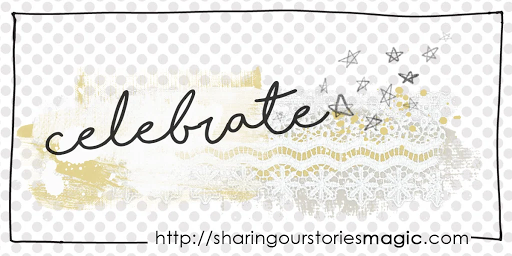 I’m joining an open community of writers over at Sharing Our Stories: Magic in a Blog. If you write (or want to write) just for the magic of it, consider this your invitation to join us. #SOSmagic