The Blessing of a Snow Memory 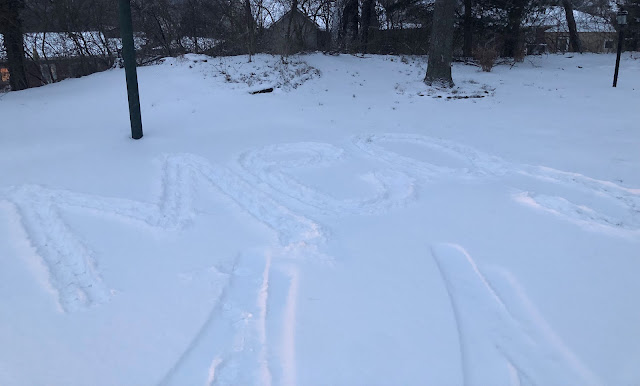 We had our first snow day of the school year this week. My husband took the day off to spend it with my daughter and me. Before the day started its descent, they decided to take a walk.

As they shut the door, I sneaked to the window to watch them. Dad was several steps ahead while Megan fell behind by walking in the drifts.

How did the time slip by so quickly?

They returned in about an hour, stomping the snow off their boots before opening the door. Prior to that I heard them out in the front yard, laughing just like they did 25 years ago.

Where did the time go?

This morning as I made my way to the mailbox, I saw the footprints spelling out her name at the end of the driveway. And I heard the laughter again.

I pictured that four-year old out with her dad in the first snow of the year,

her red snow paints swishing as she walked,

her red and navy Land's End coat with the elastic hood that kissed her head and only exposed her almost-frozen bangs,

her feet double-socked and stuffed into her black snow boots stomping her way through the snowdrifts so high that her boots could hardly be seen,

her eyes squinting from the brightness of the snow and staring with complete admiration of the most important man in her four-year old life...

hollering, "Wait for me, Daddy!"

Isn't that the blessing of a snow memory? 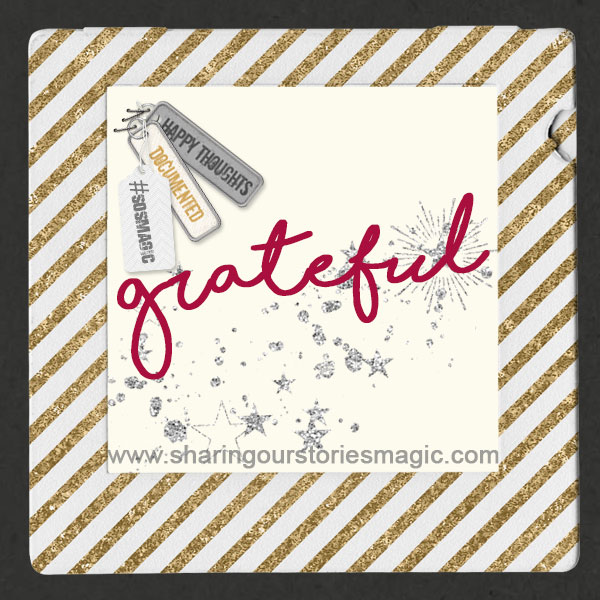 I’m joining an open community of writers over at Sharing Our Stories: Magic in a Blog. If you write (or want to write) just for the magic of it, consider this your invitation to join us. #sosmagic
Posted by Leigh Anne Eck at 10:19 PM