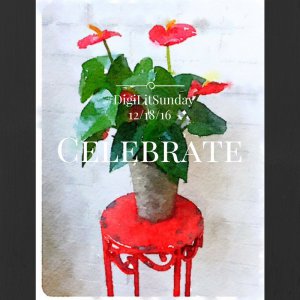 Today I am participating in Digital Learning Sunday with Margaret Simon at Reflections on the Teche.  This week Margaret has encouraged us to celebrate.

I stated on a previous post how I am a "BBC" workshop teacher, meaning I have never been officially trained.  I have trained myself through blogs, books, and conferences.  So when I experience success, it is a celebration.

Before Thanksgiving we finished up a unit on historical fiction, and I taught this unit almost entirely through workshop.  I taught mini-lessons, students wrote and we conferred together both face-to-face and through comments on Google docs.

My students grew as writers during these three weeks because they were set free from prompt writing and writing rules.  They learned writers make decisions, not the rules.

I have included some my students' writing that demonstrate what was taught in the lessons, but also demonstrates their new found freedom as writers.


"At this point I was on the couch hugging one of the pillows like a ribbon holding tightly to its box."


"My heart shattered into a million pieces, my soul ripped in half."


"My mother has bright blue eyes that twinkle like the nighttime stars.  But then I noticed that there was a single tear coming from one of those eyes; it ran down her face until it met the floor."


Later that night as I was still picking weeds from the garden, I watched the bright sun fall in the sky like a pad of butter melting on a warm stack of pancakes.


When I walk into the back room, I see a couch. A long couch with three cushions and two small pillow at each end. It is covered in soft red velvet. The legs are wooden with swirls at the end and little carvings all down the side. Then to my surprise Franklin sits on the couch and motions me to come sit down. I sit down on the couch and I feel the couch cushions squish over the side of my legs.


Ellis and I raced up the screeching stairs. It wasn't until we heard mothers faint screams at the end of the stairway, we broke into a sprint. If we'd known that would be the last time we heard her, we would’ve ran back.
We made it to the edge of the fire escape. I grabbed Ellis´ hand, and we chased down the fire escape. We´d met the old, icy alleyway, not turning back. As we ran, Ellis tripped over a slim, snowy brick, crashing on the hard iced rock. I dragged her behind a bushel of tall weeds. A man in a jet black soldier uniform heard her wails of pain. He switched his head toward us, my heart fell from my chest. There was a vibrant red patch wrapped around one black sleeve. It was marked with black symbol, a Swastika. I pulled Ellis by the arm, forcing her to move. But she wouldn’t budge. She was as still as a statue. Her snow coat was drenched in the beautiful white frosting. As the Nazi grew nearer, Ellis’ eyes broke tearful. She was mortified. I hadn’t heard the dreaded sorrows, until Ellis looked straight ahead. Bloodshed. Bodies covered the snowy streets, there were few unrecognizable, but we knew one. We loved one.

Thank you for taking the time to read my students' writing.
Posted by Leigh Anne Eck at 12:20 PM