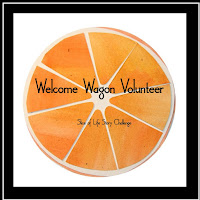 I believe being a writer is one of the biggest gifts you can give to your students. ~ Stacey Shubitz

This month I am participating in the Slice of Life Story Challenge.  Thanks to Two Writing Teachers for creating a space for me to share my corner of the world.

It's also Poetry Friday, and today's slice is about honoring grandparents, but starts with a silly clown and wraps up with a poem. Heidi at My Juicy Little Universe has the round-up this week.

Red Skelton, also known as America's greatest clown, was born in my hometown.  Red was best known for his hobo-philosopher, Freddie the Freeloader.  Red was a clown, a comedian, an actor, an artist, and a writer for over 70 years.  Vincennes is the home of the Red Skelton Museum of American Comedy which houses many of his paintings and priceless memorabilia donated by members of his family.

Although Vincennes is home to the museum, many of our students do not know much about our hometown clown.  As I began looking for material to create a unit on Red, I found this poem he wrote about being a grandparent.

I am lucky to still have my 92 year old grandmother living, and I cherish the moments that I have left with her.  I am also blessed to know some great on-line grandmothers. Ramona at Pleasures From the Page, recently became a grandmother for a second time.  I enjoy reading about and seeing pictures of her grandsons, Teddy and Jack. Linda also shares her adventures with her grand-daughters, Imogene and Ingrid on her blog, Teacher Dance.  I believe both of them and the other on-line grandparents I know, would agree with the way Red defines grandparenthood:

a noble symbol of age,

a privilege granted by God,

and a blessed honor.


So many lessons can be found in Red's words which warm my heart for these are the legacies that we leave behind.

Grandfather, Grandmother
A gentle title that builds an imaginary wall around the harshness of two words; old age
The enemy of youth, for we have learned that age is cruel
Yet regardless to how young you are, how young you think you are, or try to be
Age steps in, unannounced, introduced by your closest friends sometimes by saying “Remember when?”
It’s then that we hope that we’ll have some brilliance that will blind the observer,
Or cast a shadow over our actions and keep them in the semi-darkness,
And we close our ears,
So we will not hear the sounds made by progress that knows no sentiment
Or to hear the song that is sung by youth called senility
Grandmother, grandfather
A noble symbol of age
A real elegance that’s filled with proud moments
A chance to relive your childhood
Through the eyes of your children’s children
Grandfather, grandmother
A privilege granted by God
To teach the little newcomer the shortcuts
And the ways to face the angry sorrowful old world
A chance to teach independence and respect without the aid of groups or causes
A chance to show how to build and not to destroy
A chance to see the innocence of life again
To let our minds romp freely
And not notice the hypocrisy or the puritanical taboos
That this little fellow doesn’t know yet
A chance to teach and recapture wasted, unimportant seconds of our childhood
To explain youth to that always ambitious youth
That sometimes forgets to realize the importance of childhood
They’re always pretending that they’re a little older than their bodies or their reasons
And intelligent just enough to be well misinformed
Ignorant to discipline which teach the true essence of freedom
To teach them to grow into their wisdom far beyond their years
Grandfather, Grandmother
A blessed honor
A chance to daydream and to notice a bird in flight
And think of an answer, for it’ll be the first time you’ve ever been asked why
And to touch a puppy dog, and not notice it messing up the place
To see for the first time a blade of grass take on the designs of a cathedral
A chance to see spring in the twilight of our autumn years

Grandmother, Grandfather
What a new dignity for now you see love
And you feel respect
For now you walk holding two hands
One the hand of tomorrow
The other the hand of eternity